One of my resolutions for this year was to be more adventurous in my cooking.  So today I tried a recipe for Korean BBQ beef burritos.  While burritos themselves are not adventurous, the meat selection for me was.  I found a recipe online for how to make the BBQ beef in the slow cooker mistakenly thinking that it was instead an Instant Pot recipe (I got one for Christmas, sort of my thing right now).  Then after figuring out that it wasn’t, I thought I’d still use the Instant Pot (because it can also act as a slow cooker (it can do EVERYTHING!)) but then realized I wanted to use the Instant Pot to make rice later for said burritos so, alas, I had to pull out a real slow cooker an use it (sighs mightily).  Anyways – I followed this recipe and I have to say that I was a little disappointed.  Not in the recipe necessarily, but perhaps in the fact that the beef didn’t turn out how I expected.  I slow cooked it on high for 4 hours and by 3 hours the beef was falling apart into very small pieces. 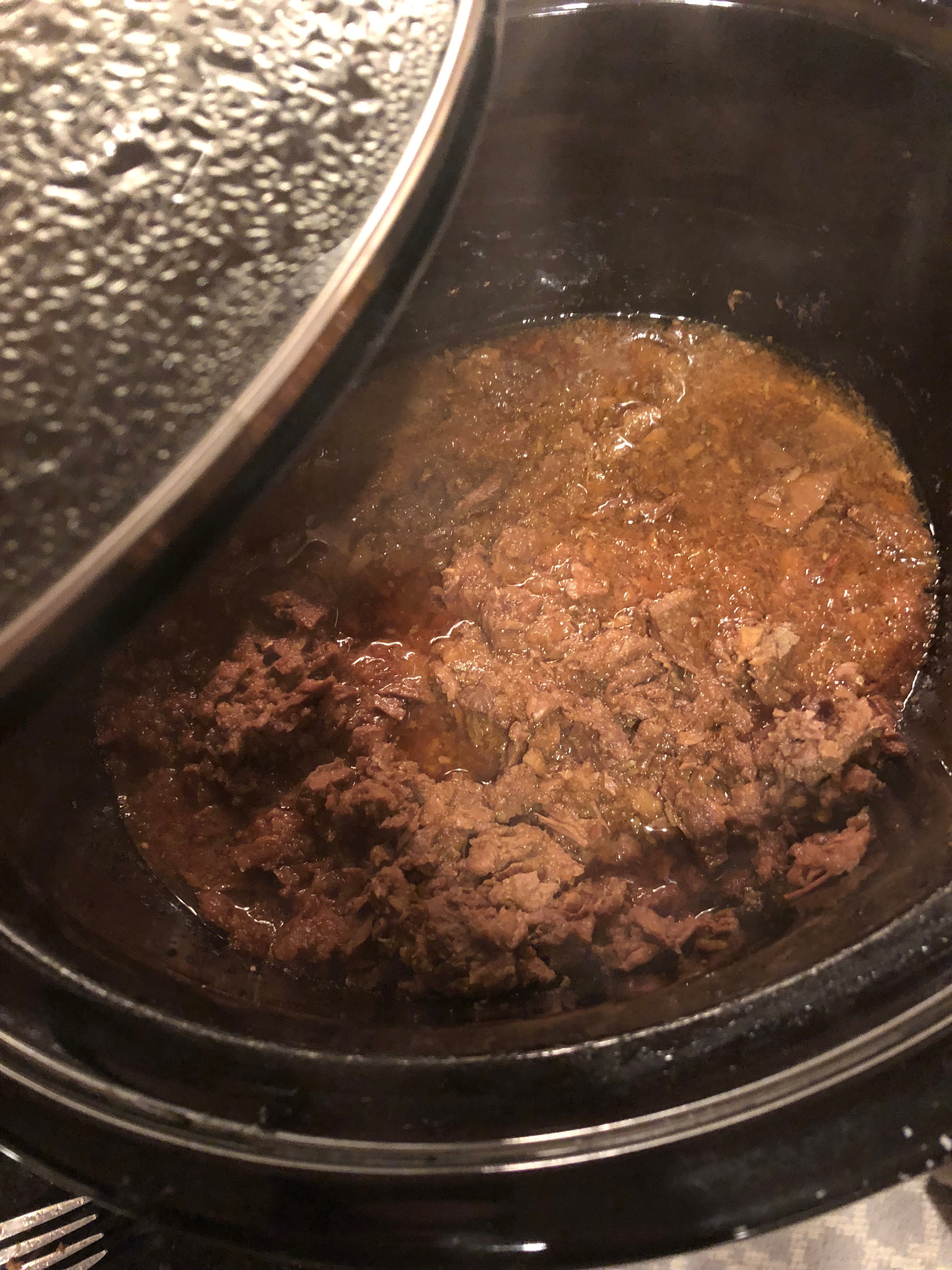 I was hoping for more of it to stay together but this was more like… hmmm… well not my thing.  Turns out that the site has another recipe for doing it in a skillet which might be more my speed so maybe I’ll try that next.  All in all it wasnt bad – but not something I’d make again.  I made a roasted tomatilla salsa (yeah – the green stuff) to go on it though which was super easy to make and a keeper in my opinion so not all is lost.