One of the components that came in my components kit was a breadboard.  I’ve seen these many times and to be quite honest never understood how or why they would be used.  Turns out that they’re a rather critical component to successful prototyping.

The breadboard is a plastic board with a series of holes or ports across the entire body.  In my case, the breadboard looked like the one shown on the left.  Im not sure if there is a standard layout for breadboards, but this one seems to be pretty common.  The two outer columns on either side of board are called ‘power bars’ or ‘power rails’.   Each one of the vertical columns is the same conductor.  The power rails on each side of the board are not connected but you could put jumpers in between the two sides to power both power rails.

The remaining holes are referred to as ‘terminal strips’.   The rows are labelled 1 through 65 and the columns are labelled vertically A through J.  Much like the power bars shared a common conductor, so do the terminal strips.  The difference is how they are connected.  A picture makes this pretty clear… 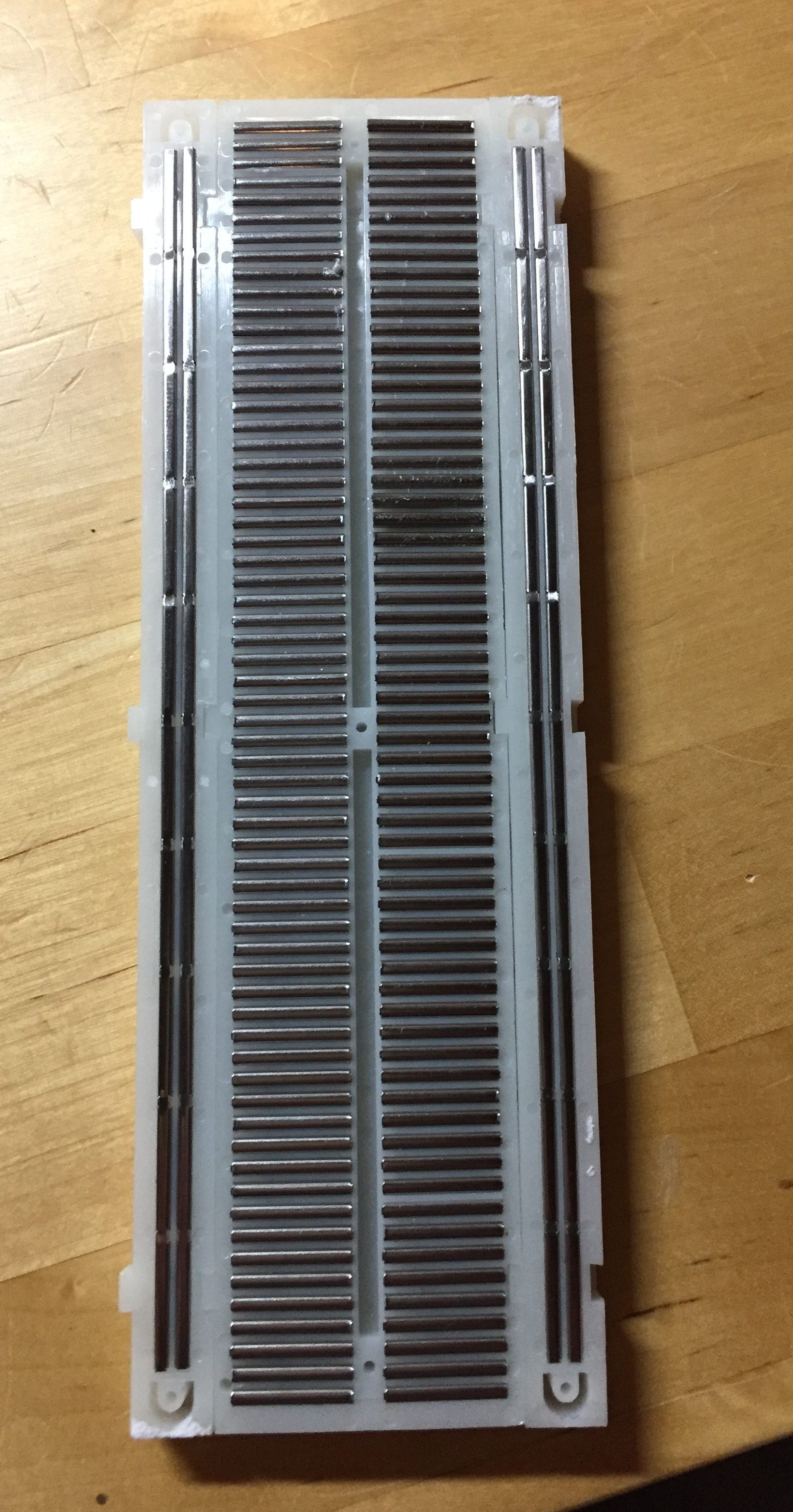 ICs are typically packaged as DIPs (Dual Inline Packages) and the spacing on the breadboard allows the DIP to perfectly bridge the ravine like shown below.  This configuration allows you to connect to each pin of the IC on either side of the ravine. 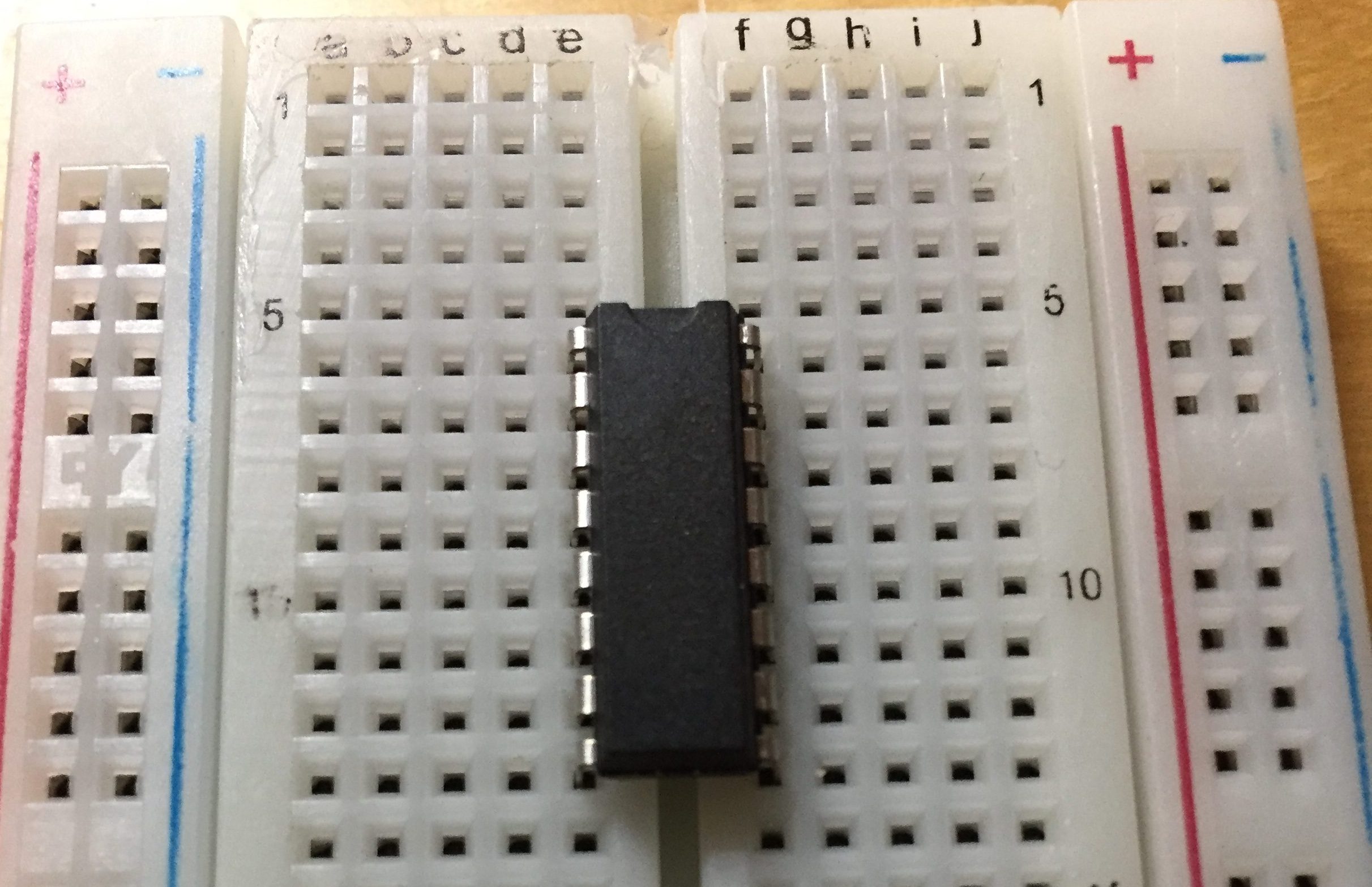 So how does one use a breadboard?  Here’s a simple example of connecting two wires to the leads of an LED.  In this case, the LED leads are in 2E and 3E.  I have wires coming out of 2C and 3A.  Since the wires are in the same row, on the same side of the ravine, these wires will connect to the LED leads. 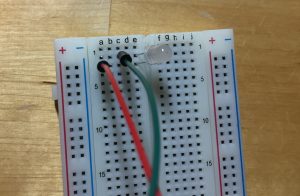 Im already finding the breadboard incredibly helpful.  Im sure it’s a component I’ll be using frequently.  For a more detailed post on breadboards I found this post from SparkFun to be really detailed and helpful.