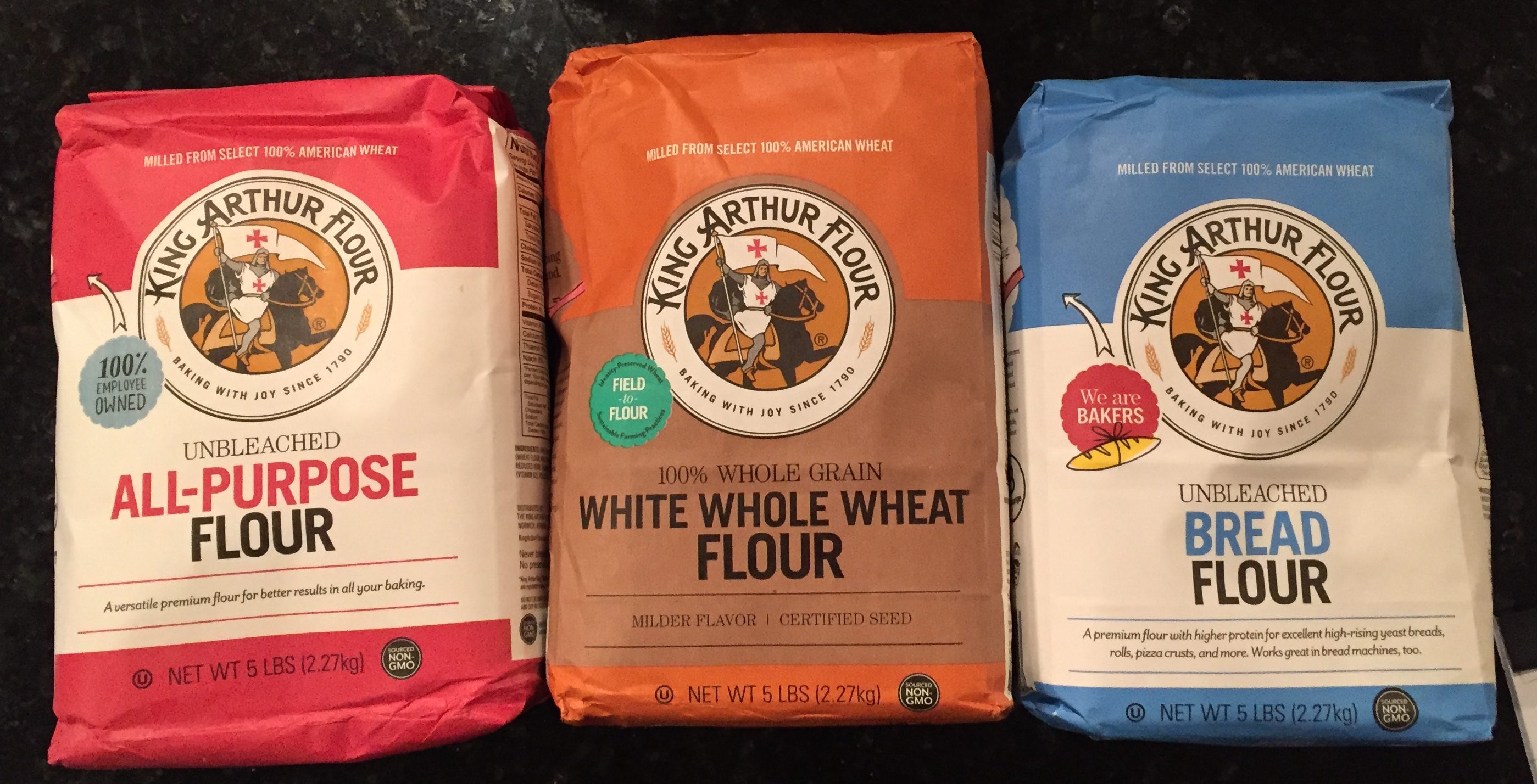 Up until very recently I had no idea there was a specific type of flour for bread.  I knew there were other types of flour beyond your standard all-purpose flour but I never really had a need or use for them.  My sister (not the one that talked me into buying needlessly large storage containers) a year or so ago had brought me some flour she liked using for making pizza dough from King Arthur Flour.  I had good results with it when making pizza dough but was unable to find a place to buy it close by.  Today, I found that Target now sells it.  Yeah!

So now that I have all this flour I need to sort out why I’d use one over the other.  But before I get there I needed to learn more about where flour comes from.  Here are some bullet points about what I found…

Ok – so how are these 3 flours I have different?

Ok – I learned some new stuff there – but I’ll need to experiment to see if I notice a difference I think.