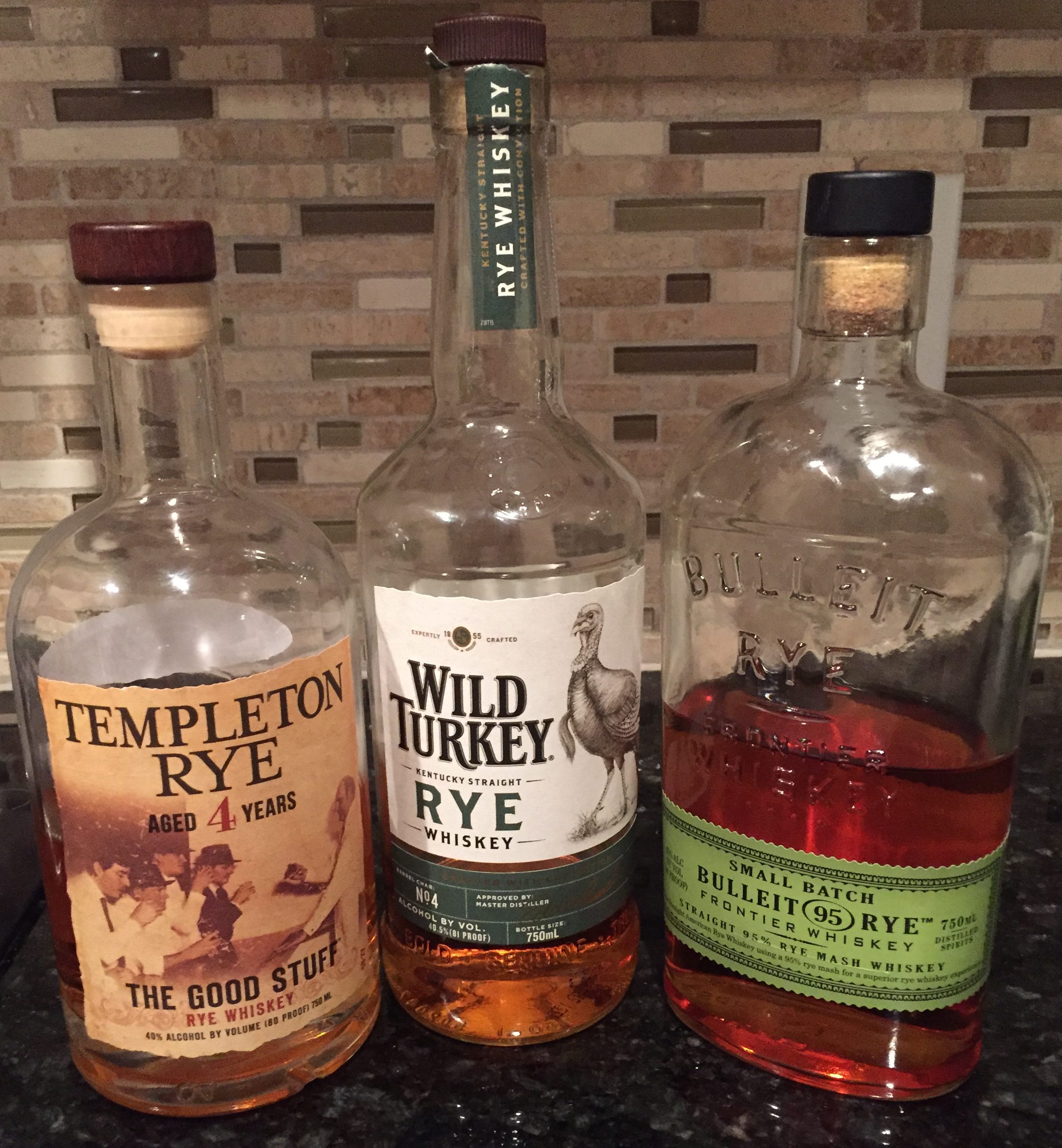 Rye and bourbon get confused almost constantly.  The reason for this is likely that the production of bourbon and rye are rather similar.  In order for a whiskey to be called rye it must be made from at least 51% rye.  You’ll recall that bourbon must be made from at least 51% corn.  If we consider that remaining 49% of rye can be anything else (corn, barley, etc) bourbon and rye can, in some situations, be rather closely related.  So if we look at the rules for rye, they look a heck of lot like the rules for making bourbon…

You’ll notice the rule about ‘distilled in the United States’ disappeared.  That’s because rye whiskey and Canada sort of go hand in hand.  That is – many people refer to Canadian whiskey as rye whiskey and vice versa.  And while I’ve heard lots of stories about how rye ‘came from Canada’ originally or other similar tales, I can’t find anything to back that up.  The more convincing story I’ve heard talks about how rye whiskey was more prevalent in Canada due to the rye grain being produced more easily there.  Im not sure if that’s true, but the story then goes on to talk about how during prohibition a lot of Canadian whiskey was coming down to the US which made rye popular in the US.  Needless to say, I can’t back any of that up so it’s probably all a lie.

One thing I do know is that Canadian rye doesn’t have the same restrictions as American rye.  I’ve also read that often times Canadian rye has far less then the required 51% rye in the mash bill.  Apparently all of these restrictions only apply to rye made in the US.   That is – the rules listed above only apply to rye made in the US but since rye is made elsewhere I took the country restriction off the list.  Keep this in mind as you look at ryes made outside the US.

So what about the taste?  Since rye and bourbon appear to be very similar in  the way they are produced I think it’s fair to compare the two of them.  Many say that bourbon tends to be fuller and sweeter than rye because of it’s mash bill.  They also say that rye is generally drier than bourbon.  I guess we’ll need to find out for ourselves.