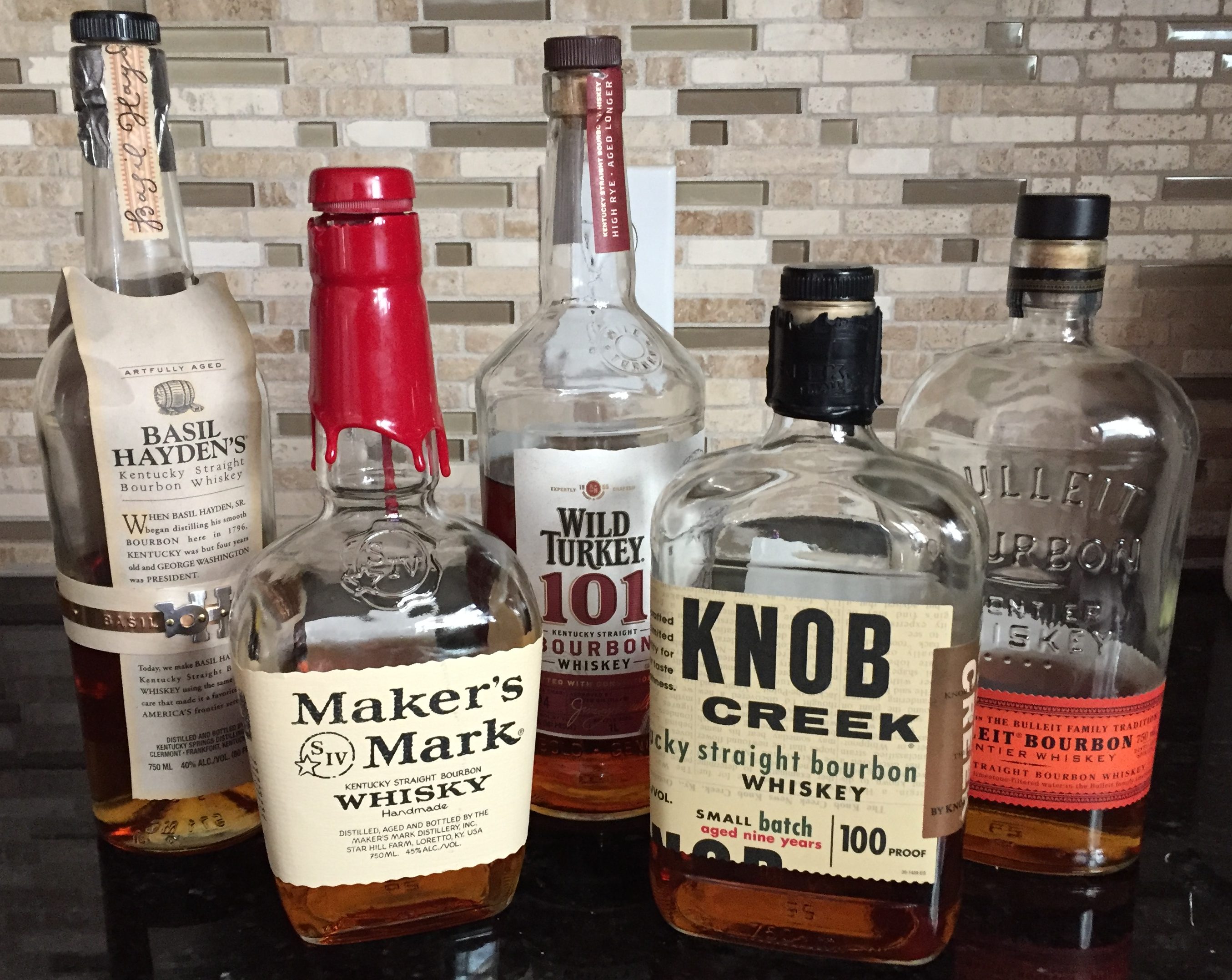 Bourbon is generally referred to as America’s whiskey.  Like other whiskeys, there are certain requirements that must be met for it to be called Bourbon.

While this seems like a pretty strict recipe, there’s actually quite a bit of flexibility here.  The rule says that the mash bill (the mix of grains used in production) must only contain 51% corn.  That means that the other 49% can be whatever the distiller wants leaving lots of room for the distiller to be creative.  Also – the rules state that you must use oak but don’t limit the size of the cask or what kind of oak must be used.

So let’s talk briefly about how bourbon is made.  As we examine other whiskeys this will be important to understand if you’re interested in comparing them.

The first part of the process involves milling the grains required to make the whiskey.  As we know, bourbon is always at least 51% corn but is frequently more than that (in the 70’s).  Then there’s generally rye and/or wheat as well as malted barley (we’ll talk more about what malting means in a different post).  It’s important to call out that the grains that make up the mash bill are milled separately.

Then we move onto cooking.  Cooking starts with water and corn.  The corn is cooked at the highest temperature and for the longest amount of time.  The mixture is then allowed to cool and the Rye and/or wheat is added.  It is then cooled further and the malted barley is added.  This mixture is what is commonly referred to as the ‘mash’.

The next thing to happen is called ‘sour mashing’ and is not a requirement for the spirit to be called bourbon but it seems that most distillers perform sour mashing.   Sour mashing means that you save some of the mash from the previous batch and add it to the current batch (more on that below).  Often times what’s added to the new batch is referred to as ‘set back’  or ‘back set’ and it what’s leftover after the 1st distillation process.  Many brands claim that this process allows their bourbon to have a more consistent flavor.

Yeast is then added to the mix.  Many say that the yeast used has a large impact on the bourbon so this is generally a closely guarded secret for most distillers.   Yeast is required for fermentation to take place.

The next thing that occurs is fermentation.  This is the process by which the yeast turns the mash into what’s sometimes called ‘distillers beer’ since it has a fairly low alcohol concentration generally around 5%.  Fermentation takes about 3 days to take place.

Now we get to the part where we actually start making bourbon strength alcohol.  The distillers beer is commonly put in a column still.  The still is filled will the distillers beer and warm steam is pumped through the bottom of the column.  Since alcohol vaporizes at a lower temperature than water the alcohol steams out of the still and enters a cooling pipe which turns the alcohol back into liquid.  What remains of the mash is separated and the liquid is used as part of the next batches sour mashing process.

Now it’s time to put the whiskey in the barrel.  By law, bourbon must be stored in new charred oak barrels as we saw above.  Also – it must be reduced to no more than 62.5 % alcohol.  The barrels are heavily charred on the inside which adds greatly to the spirits final taste.  Also – the storage of the barrel is important.  The higher the temperature the more the alcohol will react with the wood during it’s storage.  Once barreled, we must wait at least 2 years.  That’s a long time…

So while bourbon can be made anywhere in the US – it  started out in Kentucky and that’s where you’ll find most of the big name distilleries.  Most bourbon drinkers will tell you that the best bourbon comes from Kentucky.  There are multiple reasons they’ll point this out ranging from the limestone that imparts minerals on the water to the climate.